Development of the Lockheed F-22 Raptor


The pinnacle in current fighter aircraft design the Lockheed F-22 Raptor has been described as an F-15 weapon system in a stealthy, supercruising platform. F-22 project officially began in 1981 when the US Air Force Aeronautical Systems Division, (ASD) put out a request for concepts for an Advanced Tactical Fighter (ATF) to replace the F-15 Eagle. 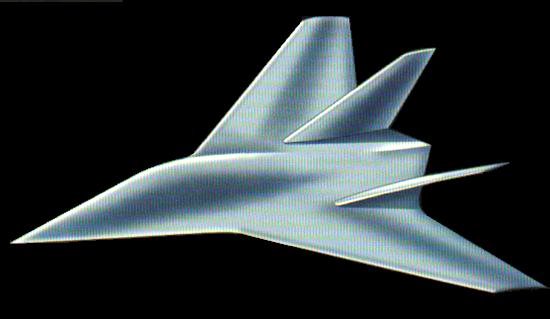 Keys to the desired replacement were the application of low-observables (stealth) technology, the ability to supercruise, maneuverability, and short takeoff and landing (STOL) capability. 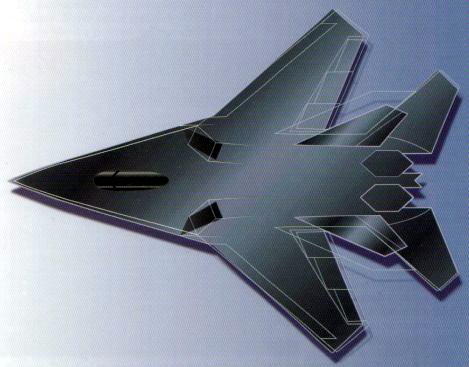 Lockheed’s Raptor concept almost certainly has its roots in their YF-12 program of the 1960s. This would be understandable as the SR-71 Blackbird (an A-12 / YF-12 derivative), survived reportedly over 4000 intercept attempts during its career.

YF-22 pre-prototypes were unable to meet the Air Force requirements for both short takeoff and landing and supercruise simultaneously. Once the Air Force dropped the STOL requirement, the aft portion of the aircraft was redesigned allowing significant reductions in drag and making super cruising possible. 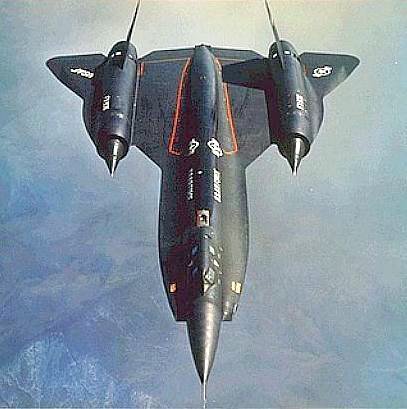 [Above] The F-22s similarity to the Lockheed YF-12 - is hard to ignore. We think Lockheed simply resurrected their YF-12 concept for the F-22. The Raptors high-speed/high-altitude usage model is also similar in concept to the lofting flight profile of the Hughes AIM-54 missile - that is to gain a kinematic advantage. Thermal loads on the skin and airframe of a "super-cruising" F-22 are unknown. It is interesting to note that the large spine-mounted speed-brake of YF-22 was discarded on production F-22 in favor of a more unusual integrated speed-brake control scheme using existing control surfaces. This may again reveal its true nature as an aircraft more akin to YF-12, than the F-15? 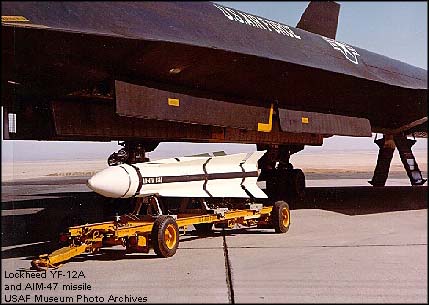 This YF-12 shown with its internally stowed missile round.

• The F-22 possesses a sophisticated sensor suite that allows the pilot to track, identify, and shoot the threat before it detects the F-22. Significant effort is being placed on cockpit design and avionics fusion to improve the pilot's situational awareness. Advanced avionic technologies allow the F-22 sensors to gather, integrate, and display essential information in the most useful format to the pilot.

• Reduced observables- Advances in low-observable technologies provide significantly improve survivability and lethality against air-to-air and surface-to-air threats. The F-22's combination of reduced observability and supercruise accentuates the advantage of surprise in a tactical environment. 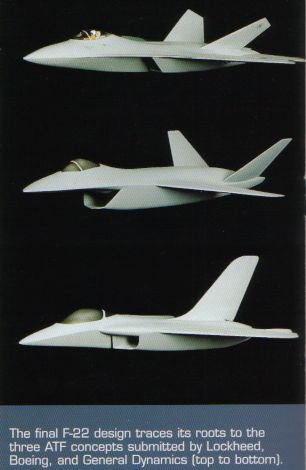 • Supersonic persistence- The F-22 engines produce more thrust than any current fighter engine, especially in the military (non-afterburner) power. This characteristic allows the F-22 to efficiently cruise at supersonic airspeeds without using afterburner (supercruise). This capability greatly expands the F-22's operating envelope in both speed and range over current fighters which must use afterburner to operate at supersonic speeds.

• Increased maneuverability- The F-22 has been extensively designed, tested, and refined aerodynamically during the Demonstration/Validation (DEM/VAL) process and coupled with high-maneuver capability. The sophisticated F-22 aero design and high thrust-to-weight provide the capability to outmaneuver all current and projected threat aircraft. 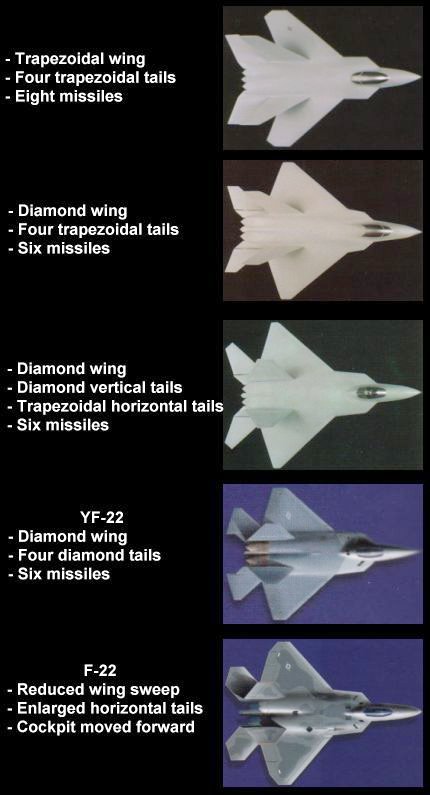 • Increased lethality and survivability- The above characteristics provide a synergistic effect that ensures F-22 lethality against an advanced air threat. The combination of reduced observability and supercruise drastically shrinks surface-to-air engagement envelopes and minimizes threat capabilities to engage and shoot the F-22. 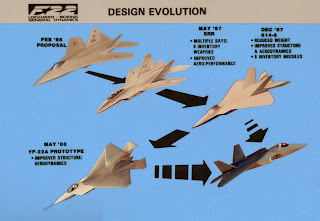 • Air-to-surface capability- The F-22 has a secondary role to attack surface targets. The aircraft will be capable of carrying 2 x 1,000 pound Joint Direct Attack Munitions (JDAMs) internally and will use on-board avionics for navigation and weapons delivery support.

[Be advised that Google has deleted this original writing dated 2009 - scholarship purposes require the original publish date to be retained. Use comment(s) time(s)tamp(s)]