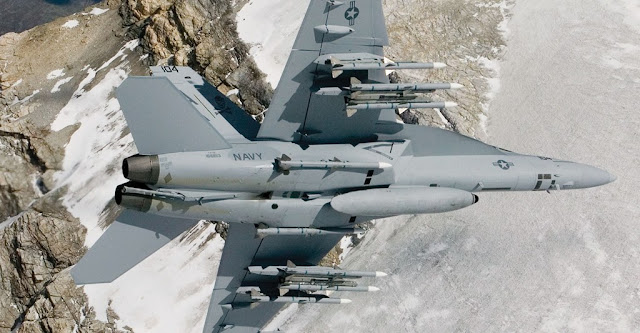 New images have appeared since the time of our original writing. Initial reports are that performance is excellent. The USN has recovered IRST capability that was lost after the retirement of the F-14D.

The Lockheed-Martin F-35 also is to incorporate a chin-mounted IRST system. The IRST approach can defeat radar-band Stealth in some instances, by seeing engine exhaust and frictional heating of the airframe in/against background atmosphere.

IRST can also detect missile release by an opponent. It offers passive location/targeting that will not trigger a target (equipped with a less sophisticated) Radar Warning Receiver (RWR) gear. 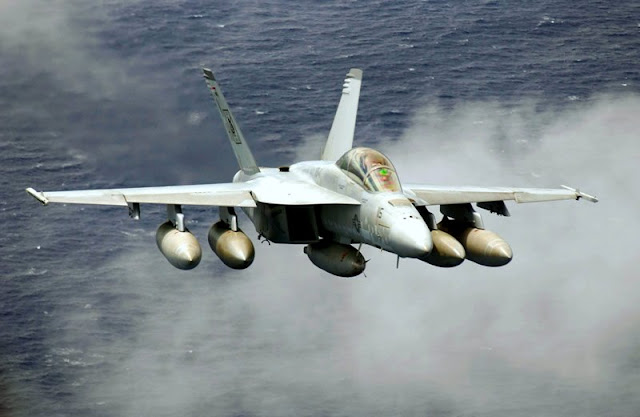 When used with medium-range IR missiles an IRST system can offer a stealthy air-to-air engagement option. IRST systems that can produce recordable infrared imagery can be essential in identification/documentation of target(s) and behavior(s) over say - international waters. Super Hornet IRST systems are expected ~ 2012-13.

In a separate (and related?) development, Aviation Week and Space Technology (3-Aug 2009, pg 18) is reporting: “After three years of validating various requirements the F/A-18 E/F Super Hornet’s certified flights ceiling has lifted to 41,000 ft from 29,000 ft say officials at Naval Air Systems Command.” AWST goes on: ”All Super Hornet’s Lots 22 and beyond, about 340 aircraft were qualified.” 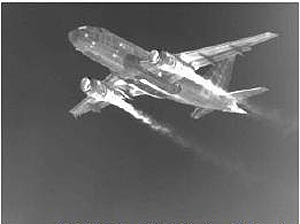