The Future of Air Combat? 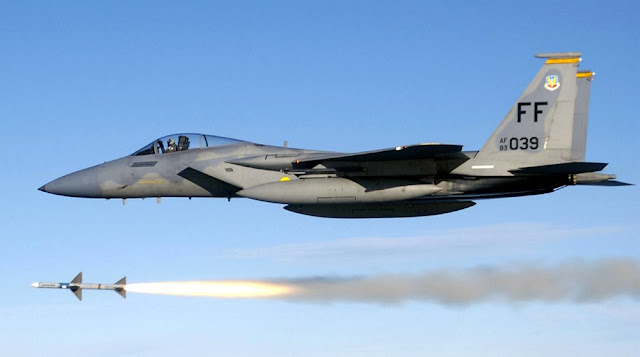 "Our plan was to kill these guys at long range and leave. J.B. (number 3) and I locked them up with AIM-7's and we were ready to shoot at about fifteen miles when they maneuvered again and both our radars broke lock. As they came back to the south again, my wingman (Pitts) locked up the leader, and I got a lock on the trailer. But our closure rate was so great, and they were so close, not to mention twenty-thousand feet below us, that we just couldn't get a face shot on them. As we got into the merge, the lead bandit started a big right hand turn, while the trailer just spit right on through, heading south, and left the fight. Pitts rolled over and split-S down towards the lead bandit. The other guy was going to be out of range before I could do anything about it. So I rolled over and covered Pitts as he went for the Iraqi fighter. J.B. and Willie stayed high to support us. Cherry rolls in behind this guy and starts shooting missiles. He shot an AIM-9, and AIM-7, another AIM-9, and finally another AIM-7. He had a couple of missile failures, (we never figured out why) and the Iraqi was doing a pretty good job of evading. It was a MIG-25 Foxbat and, though he wasn't maneuvering that hard, because they can't turn that hard, he was putting out a lot of chaff and flares. I also shot an AIM-9, but it was Pitts' second AIM-7 that got him. As soon as it hit him the enemy pilot punched out. My sidewinder also guided and hit him, but the guys had already punched out. We watched the MIG fireball through the low haze layer and hit the ground". 19-Jan, 1991, four F-15C USAF vs two MIG-25 Iraq.

The above is an excerpt from: ...And Kill MiGs, Air to Air Combat From Vietnam to the Gulf War (third edition), Squadron/Signal Publications, Lou Drendel.


How any future jet fighter (and its pilot) can mitigate immense closure rates under compressed timeframes is difficult to contemplate. Most initial engagements are nearly always head-on, to avoid the merge. If there's a glitch, attacker-defender will be on top of each other in moments.

This is the reason helmet-sighting will be so critical.

Under actual combat conditions - modern air-to-air engagements can easily see (regardless of number of aircraft involved) 50% of all (all) missiles fired: fail to hit their targets (on both sides) - for all reasons.

"He turned from east to south to north (270 degrees) and now I was behind him about 9000 feet back and started to launch missiles. I shot and AIM-9, an AIM-7, an AIM-9 and another AIM-7. I can remember thinking after the second AIM-9…”what the #%@! is it going to take to knock this guy down?!!” He was doing a world class job of being defensive. The last AIM-7 went right up his tailpipes…”

“We started shooting shortly after locking them up. Draeger’s first AIM-7 was a ‘motor-no-fire’ (the missile came off the rail but the motor failed to fire) so he quickly launched second AIM-7, which appeared to guide. I fire one AIM-7 at my guy shortly afterward. At about the same time Till (number four) fired an AIM-7 but his missile went hung (did not come off the rail). Rodriguez (number three) fired an AIM-7 just as Till fired a second time…"


Historical evidence strongly suggests that the highest missile kill-probabilities for medium-range missile BVR shots - are at ranges roughly ½ to 1/3 the publicly stated 'Operational Range.' American aircrews typically did not release (fire) their AIM-7 (medium-range class missile round) until target distances had closed to roughly 12-15 miles (target closing head-on) despite "operational range" published for later versions of the AIM-7 out to thirty (30) miles.


All fire-and-forget class missiles require midcourse-update after "fox" from the attacking aircraft radar to engage at range. Yes, one can fire in an 'instant-on' mode of the rounds own seeker-head, brevity code “Pitbull” but:
The AIM-54 Phoenix missile used only by the F-14 Tomcat was also a fire-and-forget class weapon similar to AIM-120 or Vympel R-77. 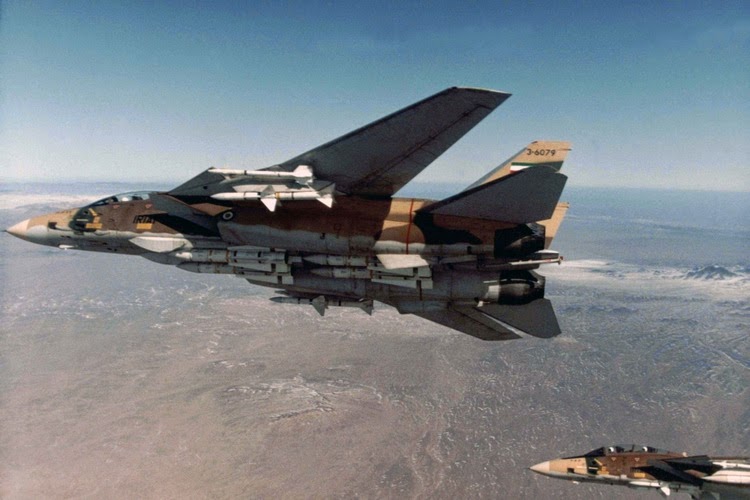 On 15-May 1981, during the Iran-Iraq war, an Iranian F-14A-GR Tomcat fired an AIM-54 at a MiG-25RB Foxbat - at long range, roughly head-on. The MiG did not react (know) it was under attack until the Tomcats AWG-9 transmitted its 'mid-course update data-burst' to its AIM-54 (while the Phoenix was still in mid-flight before the AIM-54s own terminal homing radar went active). The Foxbats excellent 'Sirena' RWR/ECM gear picked up this transmission-sequence (this AWG-9 transmission-data-burst was less than 2 seconds) and the MiG pilot executed a powerful maneuver that defeated the AIM-54 shot (only just). The Foxbat and Tomcat were to have a further series of spectacular engagements during the war.

This was over 27 years ago.

Modern or future combat jets most certainly will be equipped with a Threat Warning System that listens for an AIM-120 mid-course update data-burst from say AN/APG-77.

From here two (2) things could happen:

This type of cat-and-mouse 'Doppler deception' mechanics played out over-and-over during Desert Storm in 1991 to break attacking aircraft radar locks. A good radar-set will re-acquire the target and establish a new ‘track-file’, but it’s not a guarantee especially under the compressed time-frames during an intercept. 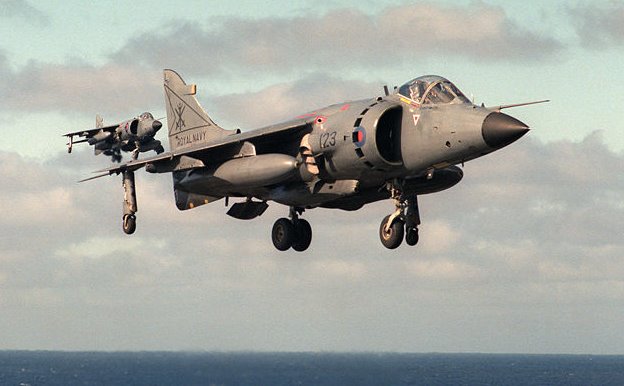 If F-22 Raptor is to be flown at high altitude, at supercruise speed versus planes like Sukhoi Flanker - a situation similar to what occurred in the early stages of the Falklands conflict could emerge? Argentine Mirages stayed at high altitudes while Royal Navy Harriers remained at medium-low altitudes, (neither side content to give away his advantage) in what is best described as a series of 'non-engagements'.


The designers of all modern fighters equip them with defensive chaff and flare systems. Even F-22 Raptor and F-35 Lighting II have these defensive suites. 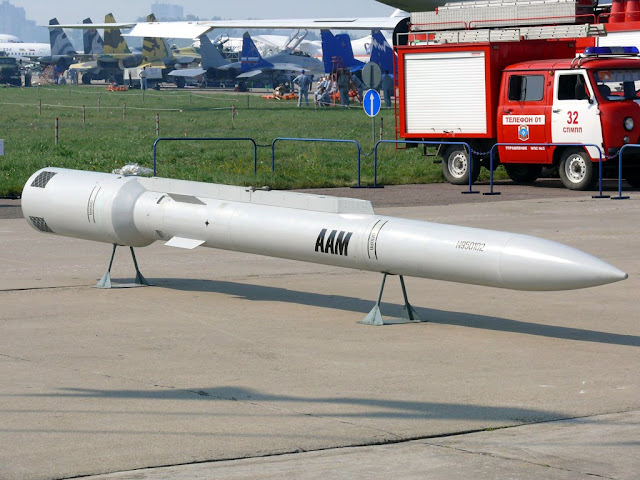 In a future scenario - an opponent need only scare-off AWACS and tanker aircraft with say KS-172/KS-31 class weapons? Below: new tests of the R-37M - AA-13 'Axehead.' The missile engagement range could be between 150–398 km (80-214 nautical miles). Not a good development for Western AWACS and air-tanker crews. 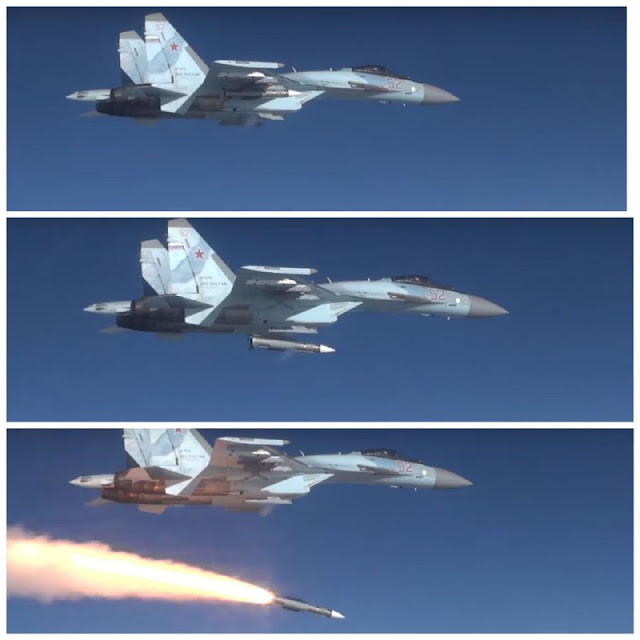 [Below] Libyan aircraft footage over the Mediterranean. The footage is MiG-25P/PD, Su-22M, and MiG-23 (Flogger-E) respectively:

To really understand the magnitude of what is occurring, the link below is extended audio of an engagement with Libya on 4-Jan 1989, over the Gulf of Sidra. During a Combat Air Patrol (CAP) mission of two F-14A Tomcats from VF-32, (Gypsy flight) off the USS John F. Kennedy (CV-67) determine the intent of a pair of Libyan MIG-23 Floggers. Pay close attention to the pitch of USN aircrew voices as the engagement unfolds and US Navy and Libyan aircraft snake toward each other. Listen carefully to the radio communication chop during high-g maneuvers: "I'm in hard starb...!"

The skill required to operate, coordinate,  and employ complex aircraft - under the compressed time-frames of immense closure rates - cannot be overstated.

Aircrews must train to both exploit a technical superiority and train so as not to rely on it. The rest of the world may not cooperate to allow you to employ "a technical advantage" including ones own government, due to Rules of Engagement or Air Tasking Order.

The future of air combat must rely on as in the past: on aircrew training, skill at the dogfight, the right equipment, the element of surprise,  and yes - even some dead luck - to get home.