on February 25, 2021
31-Aug 2018: We are moving this to the top as it raises some serious blunt questions that are going to need blunt answers. 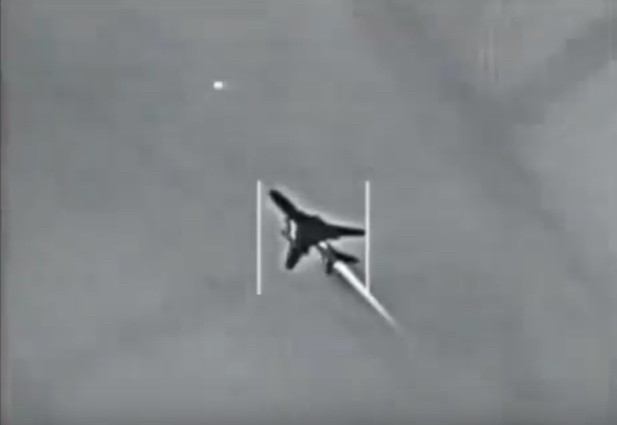 Details are still materializing in the public sphere regarding these incidents. A new video has appeared of the 18 June 2017 shoot down: Note how the first weapon either explodes with no effect or is drawn off by expendables and explodes - again with no effect on target. It is standard American combat practice to fire infrared homing and radar homing alternately. A second AIM-9X shot would have been revealing. Bottom-line, the performance of this AIM-9X shot does not display a convincing degree of lethality under actual combat conditions.

We are looking at some significant developments in the Syrian Civil War as of June 2017:

This photo appears in the public sphere 27-July 2017 on a Royal Navy outlet https://twitter.com/NavyLookout
"Lt Cdr Tremel - US Navy Pilot who shot down #Syria SU20.U can see air2air icons on his jet. Photo from @NavyLookout:" and here. 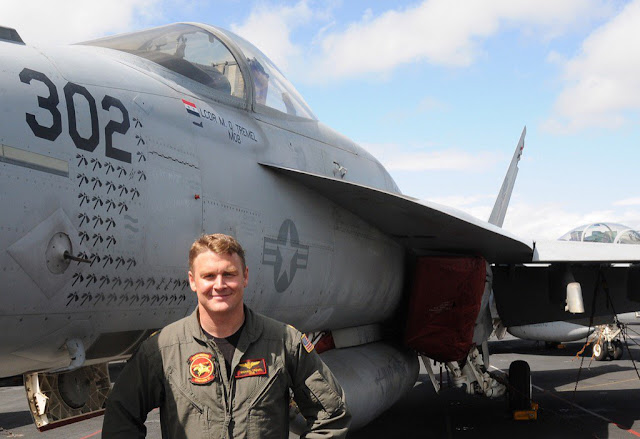 With respect to the June-18, USN F/A-18E shooting down of a Syrian SyAAF Su-22 manned fighter-bomber - it marks the first manned fighter downed by a US aircraft since May 4, 1999, when an F-16CJ downed a Serbian MiG-29 with an AIM-120 during Operation ‘Allied Force.’ 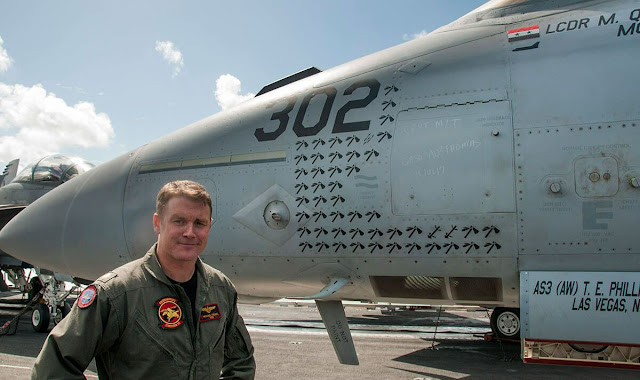 An excellent story has appeared some days ago in Combat Aircraft on this incident and it raises some blunt questions.

Purportedly the most advanced IR missile in the world is the American AIM-9X  - fired by the SuperHornet fails to hit the Syrian plane. The American then fires an AIM-120 that does detonate close enough to the SyAAF Su-22 to bring the Syrian plane down. The Syrian pilot ejecting successfully.

This AIM-9X "glitch" appears to be causing a lot of people at Raytheon (builders of the AIM-9X) and elsewhere - some serious heartburn:

"One aspect of the engagement does raise questions. Asked if it was a straight Sidewinder shoot down, Tremel admitted it took 2 missiles. The infrared guided AIM-9X Sidewinder short range air-to-air missile missed, apparently lured away by decoy flares from the SU-22. It was a second radar-guided AIM-120 AMRAAM missile that destroyed the aircraft. The AIM-9X is the latest version of a very well proven family of missiles and it would not be expected to be fooled by flares or fail against such an obsolete aircraft." Source 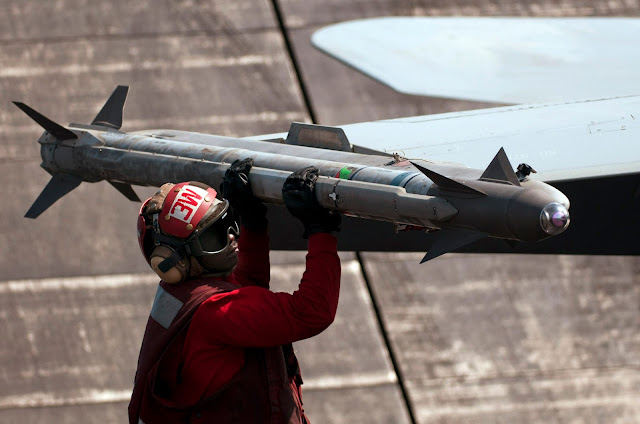 Indeed:
"“The CIA gave us a flare dispenser from a Frogfoot [Su-25] that had been shot down in Afghanistan. We gave it to maintenance – it was just a thing with wires coming out of it. Four hours later they had it operational on a MiG-21…In 1987 we had the AIM-9P, which was designed to reject flares, and when we used U.S. flares against it would ignore them and go straight for the target. We had the Soviet flares – they were dirty, and none of them looked the same – and the AIM-9P said 'I love that flare,’” Manclark told Sweetman, who was at Aviation Week at the time.
“Why’d that happen? We had designed it to reject American flares. The Soviet flares had different burn time, intensity and separation. The same way, every time we tried to build a SAM simulator when we got the real thing it wasn’t the same.
I use the AIM-9P because it is out of the system and I can talk about it. The same thing happened to a lot of things that are still in the system and that I can’t talk about.”
"...when we got the real thing it wasn’t the same." Source 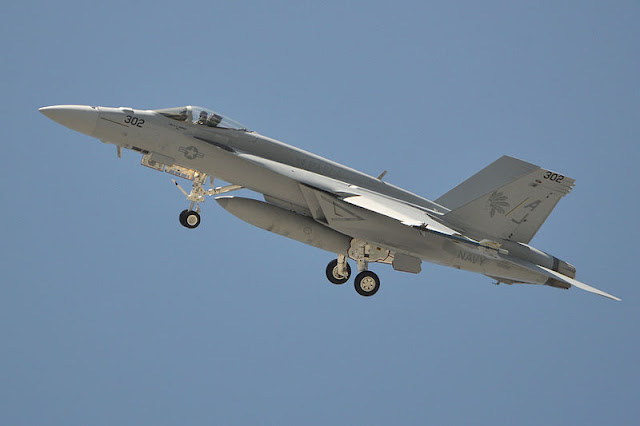 The shootdown vividly illustrates themes that we have been writing about from the beginning. There is simply no substitute for actual combat conditions.

With the operational combat defeat of an AIM-9X by the defensive flare system of a Syrian Su-22, (read: combat employment of a missile that is then defeated by target countermeasures) the implications of this may be far-reaching. American fighters appear to have fielded AIM-9X that has worse engagement performance than the AIM-9M? The AIM-9M has no helmet sighting capability. This means US fighters must rely on nose pointing, maneuverability, and own aircraft positioning.

The aircraft shot down was a SyAAF Su-22M4 belongs to No.827 Squadron from T4 AB, piloted by Lt. Col. Fahd Ali. He was shot down by a US Navy F/A-18 Super Hornet (pictured) south of Raqqa. Most pro-regime sources reported the pilot ejected safely with minor injuries and returned to Damascus. However, in actuality, he is caught by SDF personnel and became a POW. This gives insight into the nature of Assad and SDF interaction.

Iran also fires some of its ballistic missiles in anger for the first time. Please see our update here

Also, Russian Su-27SM3 was verified to be deployed to Syria. President Assad is clearly visible in these photos. The photos are believed to be authentic. 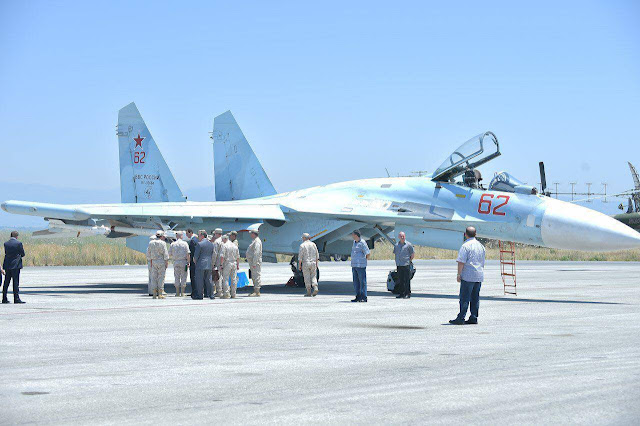 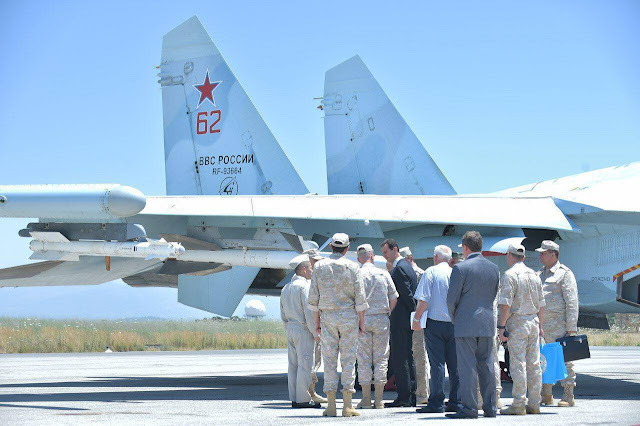 [Below] Another shot of Red '62' before deployment without "Khibiny" ECM wingtip pods. 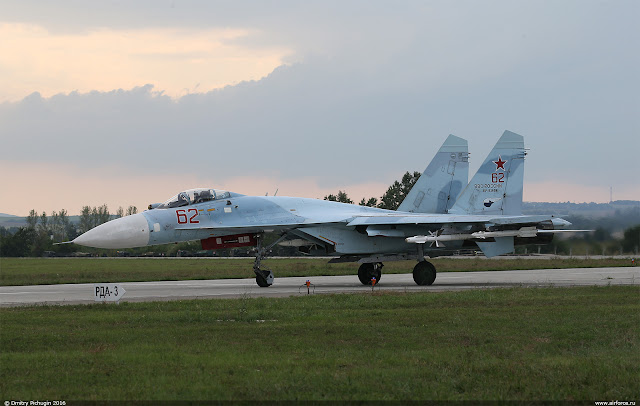