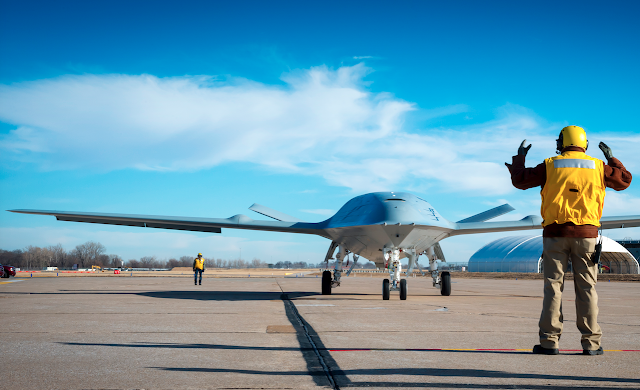 We think the Navy's new mission of "air refueling tanker" had something to do with the Northrop decision, as their autonomous drone was so obviously designed to a precision strike mission - not air-to-air tanking.
A stealthy air-to-air tanker is frankly a ridiculous notion and a waste of money. Neither the Northrop-Grumman X-47B or the Boeing MQ-25A can be stealthy with either external fuel tanks or their hose-and-drogue(s) extended. 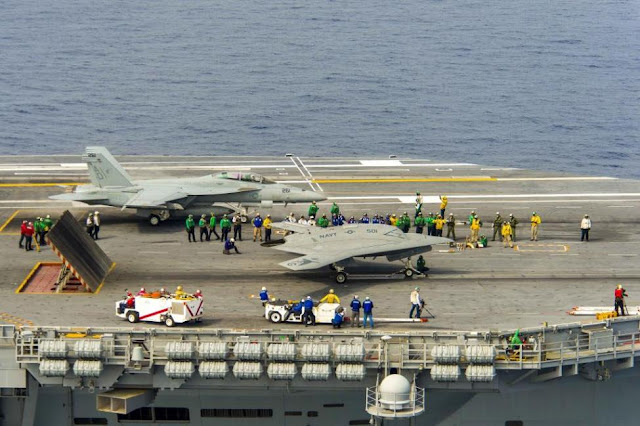 On the other hand, why would you want stealthy air-tankers? Aircrews need to find their tankers in the vastness of the airspace they operate.
Navy aircrews do not need an air tanker that is hard to find visually or on radar. Any stealth requirements for the MQ-25 program remain simply ridiculous. The whole MQ-25 program has evolved into an uneven waste of money - and should have a zero requirement for any stealth. Zero.


MQ-25 should require off-the-shelf technologies, that maximize efficiency with low acquisition, and operational costs that your aircrews can find day/night and in bad weather - not some smallish and illusive stealthy object.
The Boeing machine is surely leveraging F-18 undercarriage and perhaps other things from the Hornet parts bin. Stealth requirements for the MQ-25 program appear to have been changed (been relaxed) due to the straight wing design of the Boeing machine. 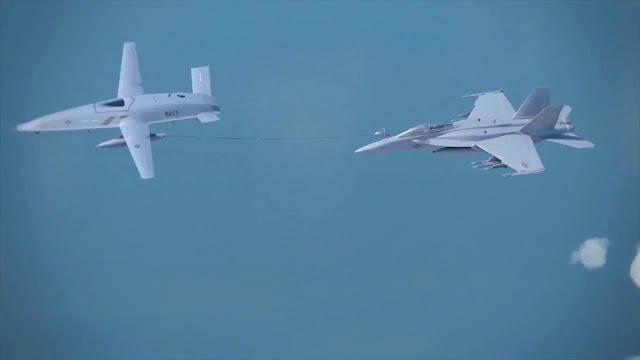