Out of Time Over Syria: High Closure Rates in Shrinking Airspace

08 Dec 2017: It appears we have had yet another (another) confrontation with Russian aircraft over Syrian airspace. We are getting tired of being right frankly, and we have demanded the US remove its forces from Syria - as we are way (way) past any need for them. To continue on this trajectory shows both friends and allies alike that Washington remains a reckless global entity operating a dubious legal narrative. ISIS is all but already defeated. While we are no friends of Assad, Syria and its allies can finish the job.

American and Russian aircraft are coming in increasing close proximity over Syria. Cooler heads at the Pentagon need to step in and start withdrawing and winding down American combat operations in Syria before miscalculation causes an international incident, or worse. The high closure rates and the "fog of war" are working together and could produce disastrous results if nothing is done. 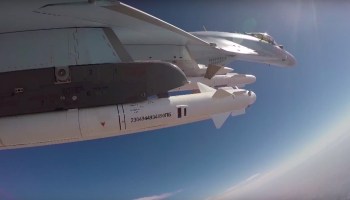 The operational and design limitations of radio spectrum airfoil fighters like the American F-22A are becoming increasingly apparent (as we predicted back in 2009). In sacrificing everything for x-band stealth, the USAF has confounded what fighter-pilots require with what stealth requires. F-22 has an uneven capability and lacks proper sensors for the pilot to do the tasks assigned over Syria. The F-22 is ill-suited to conduct defensive counterair.

We have been highly critical of stealth fighters and believe all ultra-stealthy fighters are one to two generations behind in wide-band sensors, IFF capabilities, helmet-sighting, weapons, and 2D post-stall maneuvering. Together with exotic stealth coating that sandblast-off while in flight, the costs, limitations, and low mission-capable rates - simply do not pencil out for stealth fighters. 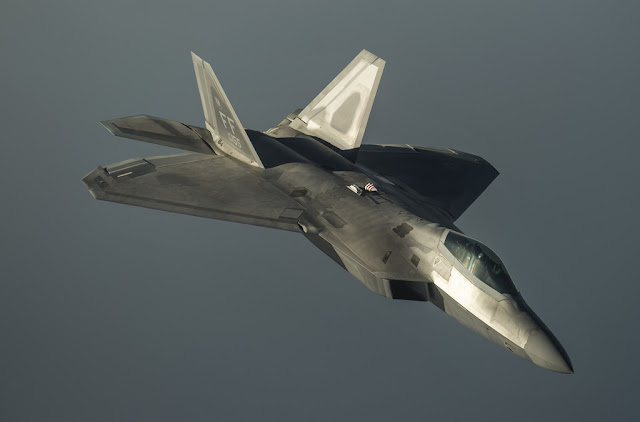 The Russians fighters—primarily Sukhoi Su-30s, Su-35s, Su-27 Flankers, and Su-17 Fitters—have not made moves to attack U.S. or coalition forces, but their proximity to the ground troops is threatening, said Ox, who requested partial anonymity to discuss sensitive operations. Russian fighters regularly fly within range of coalition ground forces for twenty or thirty minutes at a time, he added.

For Ox and his pilots, it’s often tough to tell whether the Russian aircraft are deliberately testing their boundaries, or if such events are just honest mistakes. But as ground forces squeeze ISIS into a smaller and smaller area, these “uncomfortable” incidents are becoming more frequent, he said. 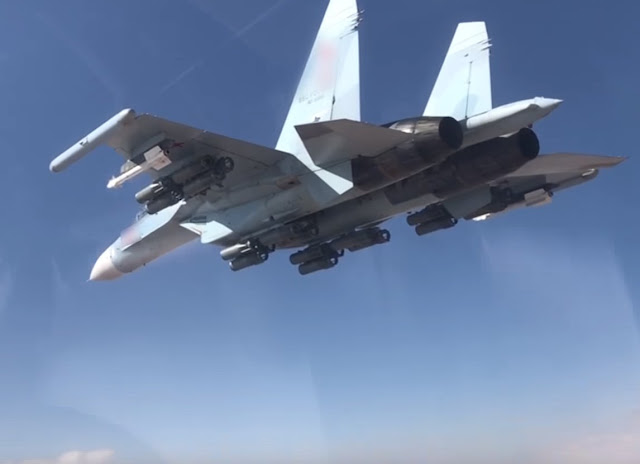 "We have to use our judgment to figure out, is this somebody getting close to attack our guys? Or is this somebody that is just flying a wide pattern?” Ox said. “You don’t know if they are doing this to test us, to see what our response is, or if it’s completely innocent. That’s the call that we have to make every day.” 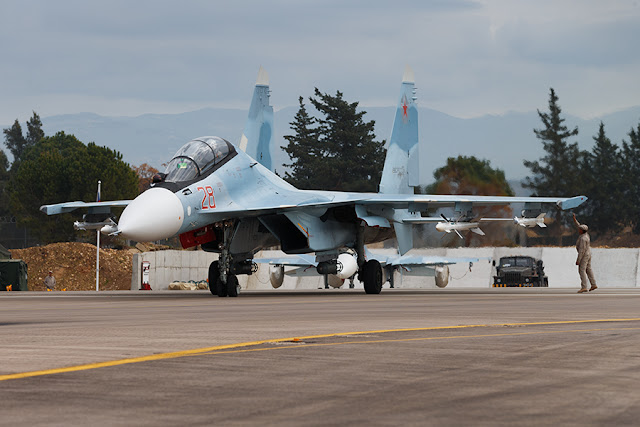 Responding to these incidents is made even more challenging by the increasingly congested airspace, Ox said. The Raptor pilots must very quickly deconflict coalition forces in the area to make sure they have enough space to monitor the Russians and run interference if need be. 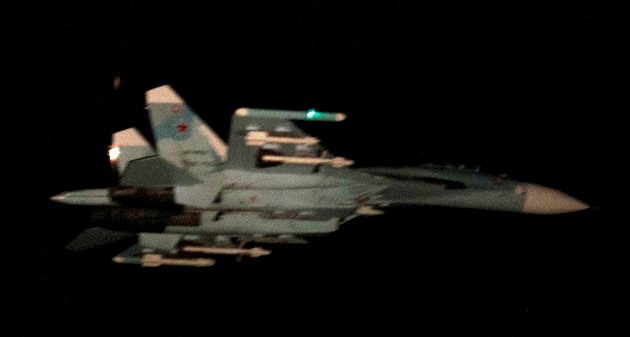 Potentially threatening aircraft are often close enough to see visually, but the busy airspace makes identifying their type and allegiance a challenge, Ox said. This is particularly difficult at night because the Raptors do not have the advanced electro-optical/infrared capability integrated into the F-35 or fourth-generation fighters via external pod. 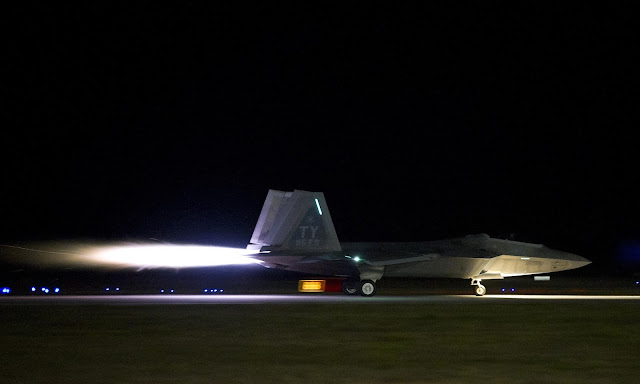 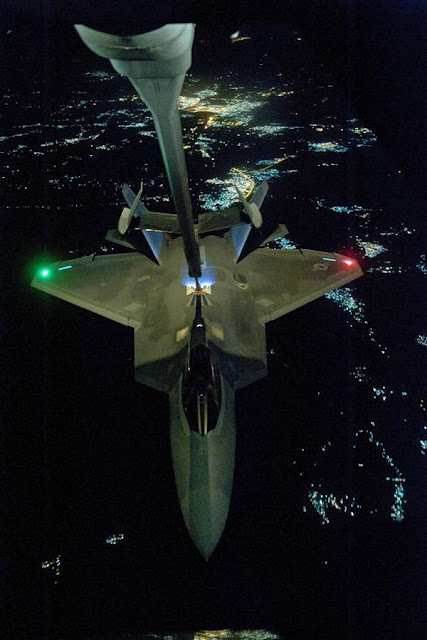 “It’s so crowded, the typical employment game plans, tactics that we use are happening at much longer ranges than the current fight,” Ox said. “It really accelerates our timelines and puts us into very short decision times, especially as those platforms we are trying to identify get closer and closer to our defending point.” 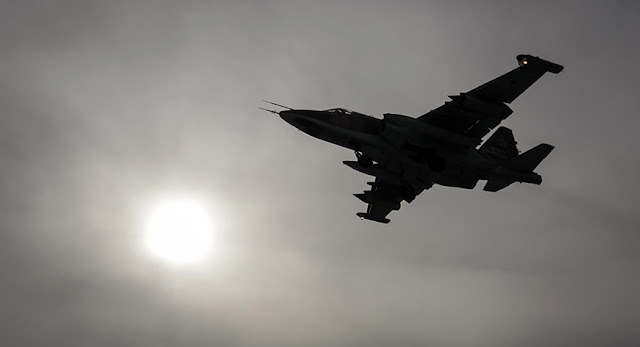 Once the Raptors have verified that the aircraft are non-coalition, the pilots must relay what they are seeing to tactical control, such as the airborne E-3 Sentry and the ground-based Combined Air Operations Center, coalition aircraft and ground troops. It is their responsibility to move the other aircraft in the area out of harm’s way in case a confrontation occurs, Ox said. 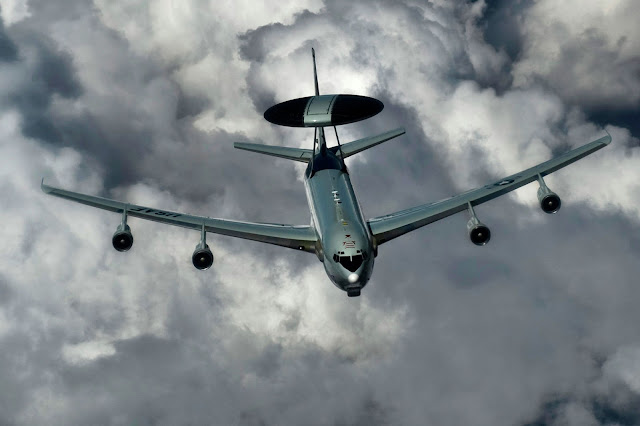 In this defensive counterair (DCA) role, the main advantage the Raptor brings is its advanced sensor suite and fusion capability. But where the F-15 Strike Eagles performing DCA in the region are able to send and receive critical battlefield information over Link 16, the tactical data link used by most Air Force aircraft, the F-22s do not have full Link 16 capability. This means the Raptors can receive data and imagery from other aircraft in the battlespace over Link 16, but cannot send the advanced picture the fifth-generation aircraft generates to the rest of the force. 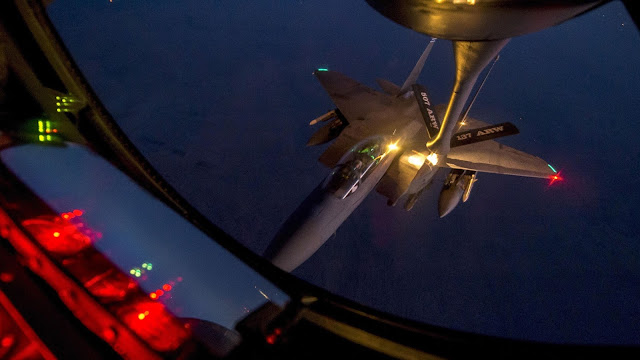 Instead, the F-22 pilots must rely on traditional voice communication to describe what they are seeing, Ox said. 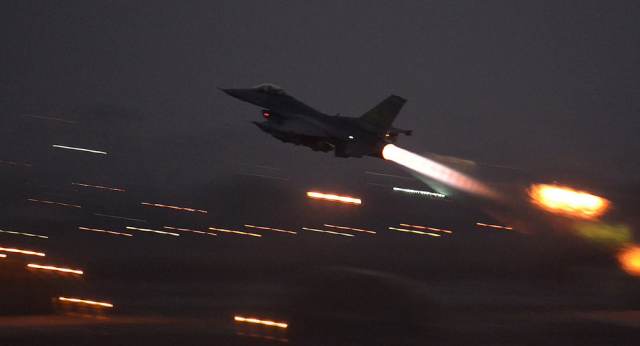 Once the air pace around the threatening aircraft is deconflicted, it becomes a waiting game. The Raptors are closely monitoring the Russian fighters for any sign of aggressive behavior, and are ready to act at the slightest hint of a confrontation. 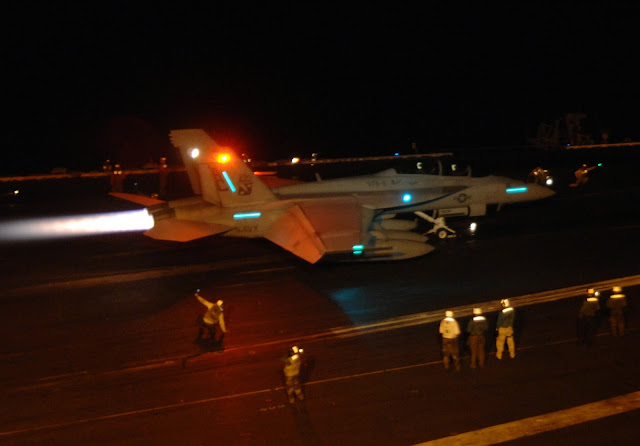 The U.S. pilots sometimes ping the Russian aircraft over the emergency Guard frequency, but usually do not get a response. 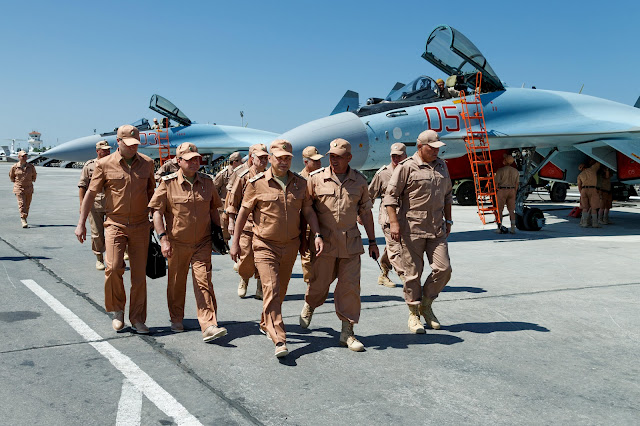 One factor that limits the Raptors’ ability to effectively monitor the Russian fighters is lack of a helmet-mounted cueing system, which equips many other fighters such as the F-35. Such a capability would make DCA operations more effective, particularly in congested airspace, Ox noted. In current operations, Raptor pilots lose time looking back and forth between the visual airspace and the information on the displays. 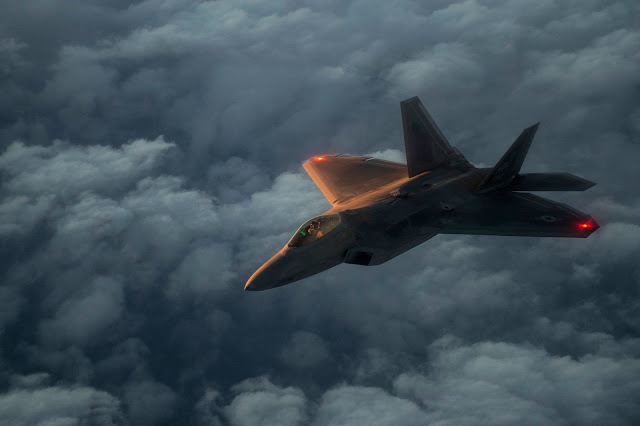 “It’s just that extra step, and now I’m having to look back outside and find this guy, and a lot of times I’m just looking where I last saw him instead of looking with the helmet and actually having some symbology that shows me exactly where he is,” Ox said. “It would be great to be able to keep our eye on the guy that you are watching and having all that information that is already known to the jet be presented to you.” 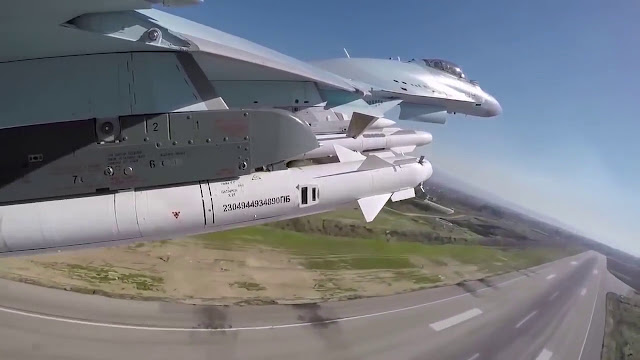 Since Ox’s squadron arrived at Al Dhafra at the end of September, they have not had to run interference, which would likely involve buzzing non-coalition aircraft. But a few recent instances have been “right on the edge,” Ox said. 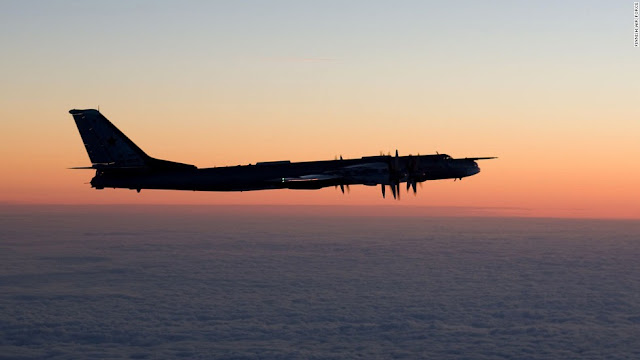 “We don’t typically do those headbutt-type operations very often… but we’ve been close as of late,” Ox said."