08-August 2019: In an about-face, Russia announces will produce 76 aircraft after a price adjustment from the manufacturer. This may be to attract export customers. We stand by our initial assessment that 5th gen cost-benefit ratio is incremental and uneven. The bottom line is, they are not worth the money - so the Sukhoi Aircraft Company dropped the plane's purchase price - prompting the buy. All this is still predicated on the status of the NPO Saturn  AL-41FM1 engine program, for which the Su-57 cannot supercruise.

12-July 2018. With the writing on the wall regarding the utility of stealth fighters, Russia announces it will not put the Su-57 (PAK-FA) into production. The program will be downgraded to experimental status and will be used as a test/development/manufacturing vehicle for other programs. An effort for a joint 5th gen development venture with India which failed to materialize could also be a factor. The Russian may develop an export version for sale. 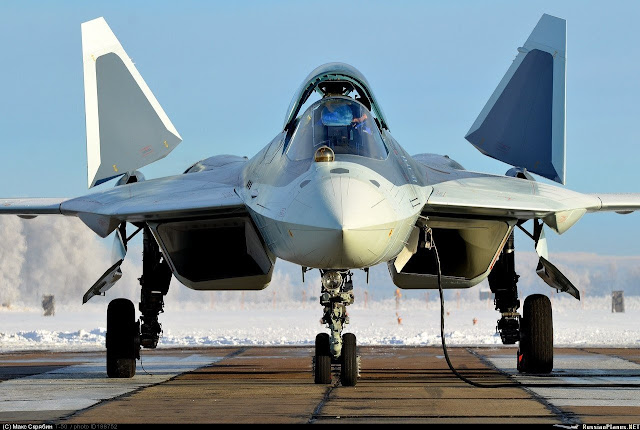 Some will say Russia lacks the money to pursue a Su-57 fleet, but it is more likely the Su-57 simply is not "better enough" over Su-35S/Su-30SM and other advanced Flanker variants to justify serial production of the Su-57. The current generation of the advanced Flanker is so good - an uneven incremental improvement in a few capabilities of stealth fighters - simply does not pencil out. Something we wish the Pentagon would learn to do.

To those who have followed this blog know, we have been highly dubious of stealth fighters for technical reasons and frankly, we have concluded back in 2009 that US stealth fighters are a colossal waste of money, both in their acquisition, uneven capability compromise, operational costs, low mission capable rate(s), and carry a small number of the exact same [or worse version of the same] primary weapons - as Fourth Generation fighters. 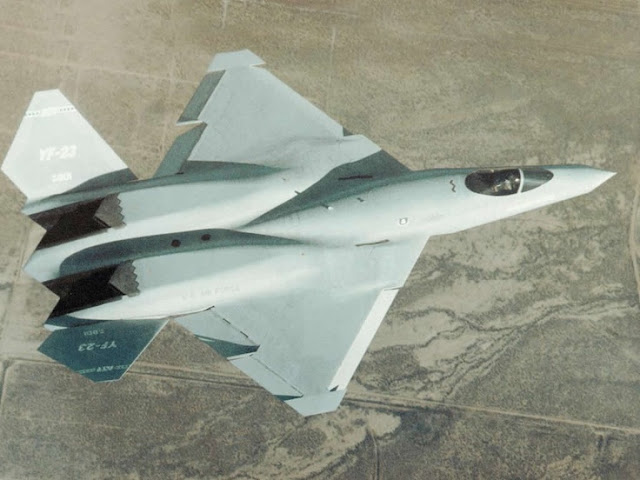 We wrote back in 2011 regarding the F-22A "In our view  - the USAF has confounded what fighter pilots require with what stealth requires." 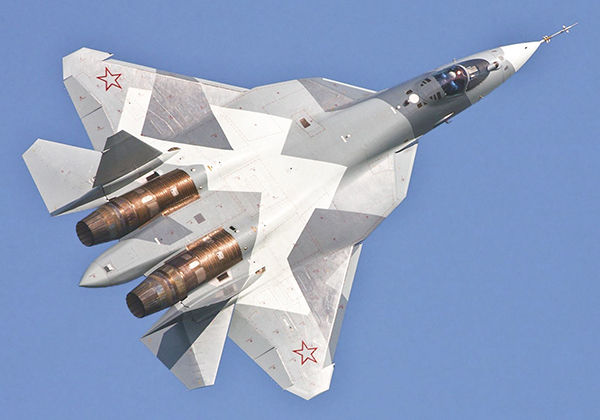 Just because the Americans build something does not mean the technology has merit or combat capability. The Lockheed F-104 Starfighter was a complete flop as a combat aircraft - even though it displayed some advanced technologies and still retains a cult following today.

"Mass-production of the Su-57 is not needed now, according to Russia’s deputy defense minister."

In the interview, the deputy defense minister spoke about the aircraft’s recent deployment to Syria, but also noted that serial production of the Su-57 does not make sense at this stage and would only occur once the Russian Air Force’s older fourth-generation fighter jets lag behind their Western equivalents.

“The plane has proven to be very good, including in Syria, where it confirmed its performance and combat capabilities,” Borisov said. “You know that today the Su-57 is considered to be one of the best aircrafts produced in the world. Consequently, it does not make sense to speed up work on mass-producing the fifth-generation aircraft.”

The Su-57, he went on, is “our trump, which we can always play when the aircrafts of previous generations will start to lag behind in capabilities when compared to similar aircraft from the world’s leading countries.”  One of the reasons why Russia is not pursuing mass production of the aircraft at this juncture most certainly has to do with the country’s already overstretched defense budget.

The per-unit cost of a Su-57 is estimated to be around $40-45 million (or over 2.5 times cheaper than the U.S. F-35 Lightning II Joint Strike Fighter). Consequently, the Russian defense ministry is likely not to place an order beyond an initial pre-production batch of 12 Su-57 fighter jets. (In June, the ministry has reportedly awarded SC Sukhoi Company an initial contract for the supply of the first batch of 12 Su-57 aircraft.)

The Su-57 is a multirole, single-seat, twin-engine air superiority/deep air support fighter developed under the PAK-FA fifth-generation fighter program. The Su-57, which made its maiden flight in 2010, was originally designed to replace the Russian Air Force’s existing stock of MiG-29s and Su-27s in the 2020s and 2030s. This plan appears to now have been put on hold.

Another reason why the aircraft is expected to enter serial production soon are multiple technical difficulties that still need to be overcome.

For example, the Russian military aviation industry still struggles with the aircraft’s next-generation engine. A new engine purportedly called the Saturn izdeliye 30 (purportedly featuring increased thrust and fuel efficiency and fitted with 3D thrust vectoring nozzles) is not expected to be ready for serial production until at least 2020.

Once in service, the Su-57 would be capable of carrying both conventional and nuclear payloads, as I noted in December 2017:

The Su-57 will be capable of carrying some of Russia’s most advanced weapons systems including new beyond-visual-range air-to-air missiles and air-to-ground missiles including the extended range Kh-35UE tactical cruise missile as well as the nuclear-capable BrahMos-A supersonic cruise missile.

However, the price for carrying such a heavy weapons load will likely be reduced stealth capabilities (…) Both the BrahMos-A and KH-35UE do not fit into the aircraft’s internal weapon bay and consequently will need to be carried under the aircraft’s wings in a transport launch canister, which will reduce the fighter jet’s stealthiness.

The Russian Air Force is currently operating 10 Su-57s prototypes for evaluation and testing. The first two Su-57s are expected to enter service in 2019."