No Place To Be 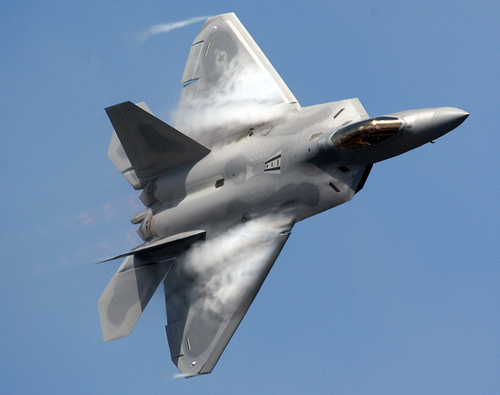 "…everything my airplane did, he reacted to instinctively. He was flying a damn good airplane! Well, we kept at it, with me outzooming him in the vertical, and him shooting at me every time I got out in front. I thought; “he’s going to get lucky one of these times!”  The next time we started up in the vertical, an idea came to me…I don’t know why…your mind just works overtime in a situation like that…anyway, as we’re going up, I went to idle and speed brakes…and he shot out in front of me! I think it really surprised him…being out in front for the first time. Anyway, we’re both going straight up and losing speed fast. I was down to 150 knots, and I knew I was going to have to go to full burner to hold it. I did and we both pitched over the top. As he comes over, I use rudder to get the airplane to turn to his belly side. He lost lift coming over the top and I think he departed the airplane a little bit. I thought; “this is no place to be with a MiG-17…at 150 knots…that slow…he can take it right away from you" (pg 66).

Above is a first-hand account by ‘Top-Gun’ graduates US Navy ace Lt. Randy Cunningham (and backseater (RIO) Lt. Willie Driscoll) who defeated North Vietnamese ace "Colonel Tomb" in the now legendary vertical rolling scissors Energy Engagement of 10-May 1972 over Vietnam.

[Below] In this 1985 depiction by legendary aviation artist Lou Drendel, Cunningham has just chopped his throttles and deployed speed brakes. 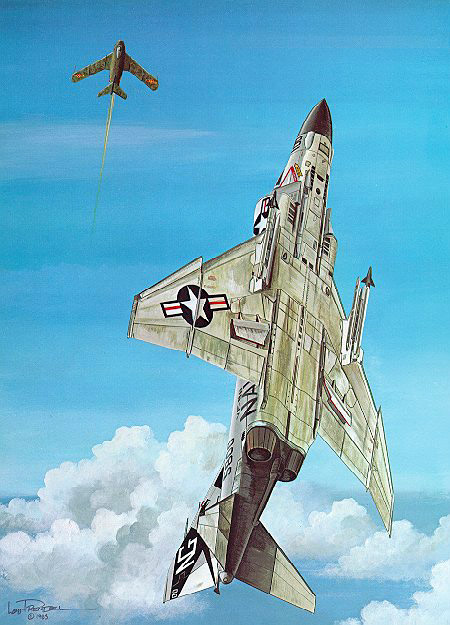 [Above] The final stage(s) of the engagement. Why "Tomb" stops maneuvering and heads for

the deck - is today - still a matter of conjecture. However, Cunningham’s aircraft would not survive the events of 10-May, as it is hit by an SA-2 (SAM) moments after the demise of the MiG. Cunningham wrestles his flaming F-4J out over the sea. The navy airmen both eject to avoid becoming POWs.

Some overwhelming conclusions of the engagement of 10-May 1972:


First: Cunningham simply had to hit speed brakes and chop his throttles (to end the Boyd EM engagement) as his F-4J was (now listen up F-22 community) out-zooming the MiG in the vertical – and keep from "running-out-of-luck” in front of the MiG.


Second: when (if) opponents fight to an energy-maneuver stalemate - the pilot who attempts withdrawal first - in a manner that does not (or cannot) avoid his opponents weapons envelope - is immediately shot down.


Third: indeed, all else being roughly equal, the aircraft with greater combat-persistence maintains the inherent advantage - even under 'Boyd E-M theory' application.


Whether the American or Western fighter pilot community will acknowledge this fact - is unknown.

Here is proof. [Below] Watch the airspeed drop from ~ 500 knots down to ~ 200 knots (see the left hand HUD display) under actual combat conditions. The F-16 begins to approach stall speeds below 150 knots.

We have gone easy on the F-22 Raptors numerous operational-systems-maintenance issues, assuming they would be rectified at some point. The USAF seems to have completely backed away from confidence in F-22s LPI (Low probability of Intercept) primary targeting radar? This is interesting. Perhaps in a cruel twist of irony, LPI may instead refer to the Raptors inability to find/attack lower flying targets (see bullet # 5 below). 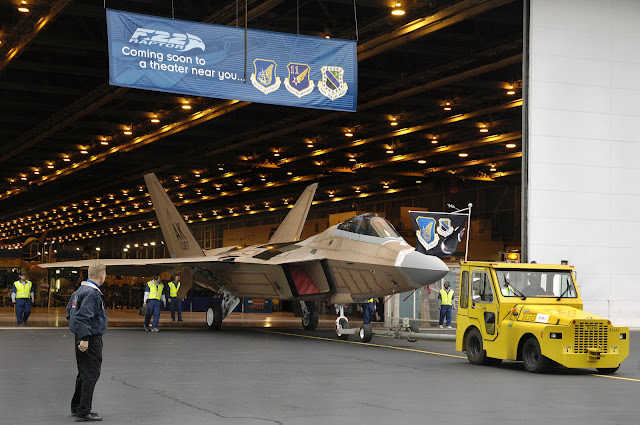 [Above] In typical American fanfare tradition, the F-22A is rolled out with a banner reading: "Coming soon to a  theater near you..."


What the USAF wants to do now is (of the listed, some we have previously written extensively about) - is to upgrade our new $62-$77 billion dollar F-22 fleet by:
Surely F-15s-F-35s armed with a MBDA-Meteor/Hughes FMRAAM propulsion class weapon is a more workable solution – than sending F-22 aircrew with short/medium range (missile) rounds, head-on into Flankers.

With no F-22A used in Libya - while other sophisticated primary American strategic assets were employed - the evidence is growing of systemic issues with the F-22 Stealth fighter - as a concept. The F-22 has not been decisive in Syria either, as it has only been used to bomb Daesh insurgents and hasn't scared off the Russians. Not a very convincing use for the world's most expensive "air dominance" aircraft. We shall see if a no-fly-zone will be attempted after the 2016 American elections.

The absolute essential (essential) need for total unimpeded electromagnetic sensor mechanics (performance) in a high-endurance platform is all too evident: these systems are called AWACS, AEW and ISR aircraft. When one introduces stealth design requirements into this capability – own sensor performance must suffer?

In our view  - the USAF has confounded what fighter pilots require with what stealth requires.

Nevertheless, the F-22 community insists that the Raptor will prevail against any known or future opponent, by exploiting the “element of surprise” (never mind claims of being immune to global air defense systems). However, these assertions are based on several assumptions:
A change to any one of these - can severely hamper or even neutralize a real or perceived technological advantage.

Once both adversaries understand the energy fight (the Boyd E-M 'theory'), aggressive maneuvers bleed airspeed(s). You must design aircraft to out-fly an opponent even at very (very) low airspeeds.

You have to do it.

[Above] This aircraft exceeds the Boyd energy-fight capability of our current F-15, F-16, F/A-18 fleets, (it has taken 27 time-to-climb records away from the F-15 Eagle) and appears closely matched to the F-22. The aircraft combines these attributes with simply unprecedented low-speed agility, helmet-sighting, at 1/3 to 1/5th the cost of a Raptor. F-22A currently has no helmet-sighting system.

[Above] Sukhoi Su-35S at MAKS 2015 [Below] in 2011. The Sukhoi displays excellent energy maneuvering and agility (never mind an aircraft of this size) that is simply beyond belief - and has no Western equal. Some industry insiders believe the F-22A can not exceed Flanker in maneuvering flight-performance. Inherent advantages of a non-stealth design:


Helmet-sighting has added a new and unwelcome (and deadly) dimension to the traditional energy-fight, an issue the USAF was forced to acknowledge in 2004-05-06, then attempted to sidestep in 2008.

To get an idea of the nature of Helmet-Sighting (first fielded in quantity on MiG-29) and how it fundamentally changes traditional Boyd EM application calculus – please see video below:


The F-22 has yet to be pitted against authentic modern threat models, and the result is Raptor aircrews will pay a terrible price.

The Sukhoi is a large aircraft and can be seen at greater distances - this is understood as a tactical disadvantage. However, this does not ensure American aviators instantly know what they are seeing (IFF). They may discern after some moments they have encountered a twin-tailed fighter - and so deduce they have initially waded into a flight of Flankers, Su-34s, MiG-29s, MiG-35s, MiG-25s,  F-14s (Iran), MiG-31s or just as likely, friendly F-15s, (F-35s, F/A-18s) or F-22s.

Here is the appraisal from the Center for Defence Information.